10 Of The Best Adventure Motorcycles: Where The Dirt Meets The Road

Descended from the enduro and dual purpose machines of yore, Adventure is a class of motorcycle that has seen a surge in popularity over recent years- and for good reason.

As technology has improved, so have these bikes, and contemporary models bear more resemblance to a fighter jet than a 1200 Bandit.

What is an Adventure Bike?

Adventure Bikes are characterised by a few things:

Together, these factors mean that all adventure bikes, to some degree, will tow the line between on-road and off-road riding.

Some cater more to a sports touring demographic, and therefore have an emphasis in their design on comfort over long distance and fuel economy.

Others lean towards dirt riding, and features such as tyres and suspension are adjusted accordingly.

Now you have the basics, here’s our favourites 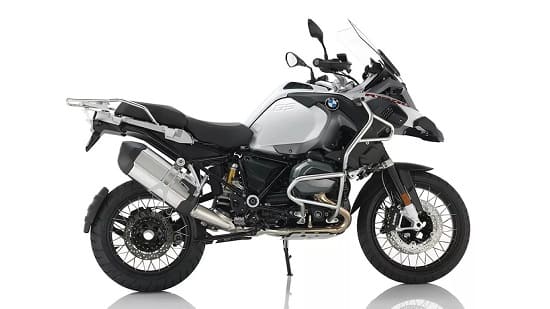 BMW’s top selling bike. After seeing the Long Way Round, you’re gonna want one of these too.

Many would say this is the ultimate Adventure Bike. They’re probably right.

The GS is a beast of a machine that will eat most, if not all, terrain for breakfast. It comes with a litany of mod cons and can be customised and upgraded to your heart’s desire.

There are downsides though, as that massive wet weight is going to mean that most riders will struggle to lift the thing on their own. Not ideal if you’re out in the woods and drop your bike five times in a day.

On top of this, the newest model will set you back nearly 14 grand. That’s a number that makes my eyes water. 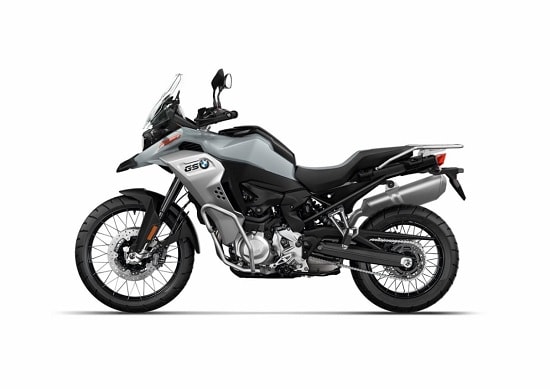 The lighter counterpart to the 1200GS, the F 850 will suit a rider who would struggle to handle the sheer mass of its giant cousin.

It is a far less popular bike, however, and as such it will be more difficult and more expensive to maintain or repair. 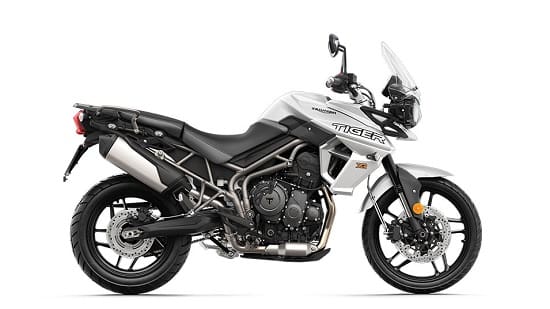 A middleweight from the UK’s biggest bike manufacturer. Check out those stripes.

Agile, light, and packed to the rafters with mod-cons.

Triumph’s middleweight adventure bike has long been a popular contender in its class, and the newer models will give any of their rivals a run for their money in terms of sheer ability and features.

Coming in at a lower price point, mainly owing to its smaller displacement, the Tiger would make a perfect entry into the world of Adventure bikes. 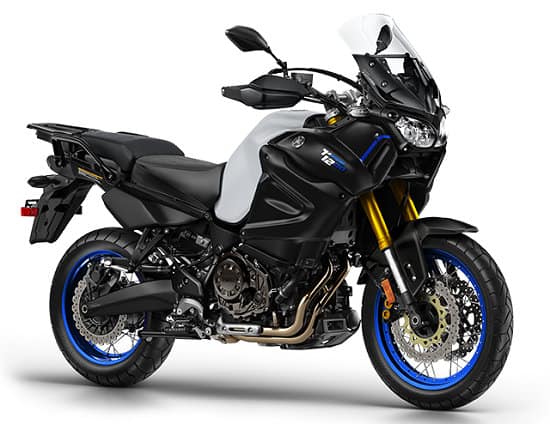 This bike is named after a desert. It shouldn’t be a surprise that it would be at home in one.

There was a time when the Super Ten dominated the enduro market, and saw repeated success in off road competitions like the Paris-Dakar rally.

This legacy has since been overshadowed by BMW, the media fame of the GS backed by its irrefutable quality seeming to outdo the Yammy in every way.

The prevailing opinion remains the same, but Yamaha has been quietly upgrading the Tenere the whole time. If you’re after a heavyweight, give the Ten a chance, maybe it’ll surprise you. 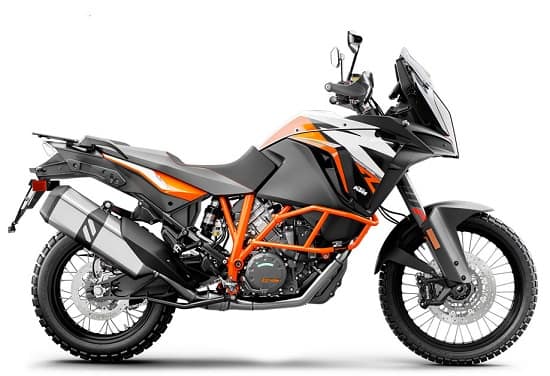 KTM is a name synonymous with off-road riding, and since 2015, the Austrian moto x giant’s offering in the world of adventure bikes has been the 1290 Super.

Winning Cycle World’s ‘Best Adventure’ in its opening year, the 1290 Super has gone on to become a world renowned bike in its class.

Check it out on KTM 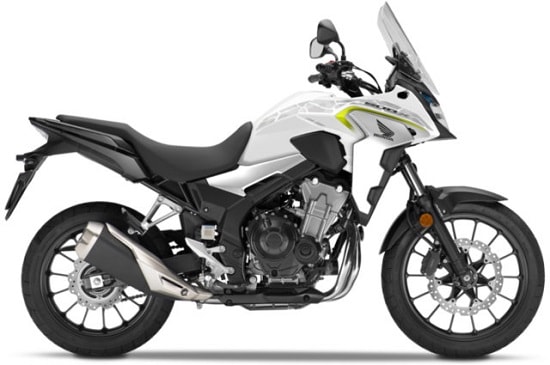 After something you can pick up on your own?

The lightest entry on our list is Honda’s CB500X.

Part of the popular and reliable Twins series, along with its cousins the CB500F and CB500R, the CB500x’ power plant delivers a surprising amount of grunt in a compact package.

This bike is perfect for a commuter with a predilection for greenlaning. A2 legal. (More on the A2 licence.) 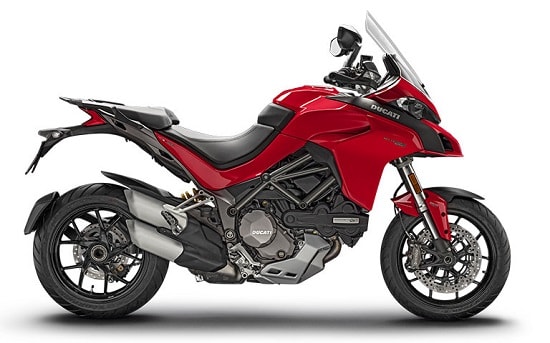 One with a little more… class.

With a brand new from 2019, and the pedigree of an Italian giant behind it, the Multistrada is an adventure bike for those with a taste for the finer things in life.

Like ploughing through a muddy rut in an explosion of steam and dirt.

This bike is packed to the rafters with tech, and some of the higher spec models will leave you thumbing through a manual over a cold beer that your bike whipped up in its on board replicator.

Check it out on Ducati 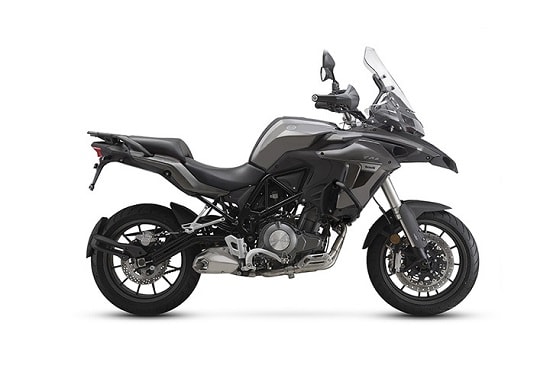 Sitting at an excellent price point, the TRK from legendary Italian manufacturer Benelli is another A2 legal middleweight set to take on the CB500X.

Perfect again for all the things you’d buy the Honda for.

Parts for Japanese bikes will always be cheaper and more readily available, but nobody can deny the appeal of the Italian greats.

Check it out on Benelli 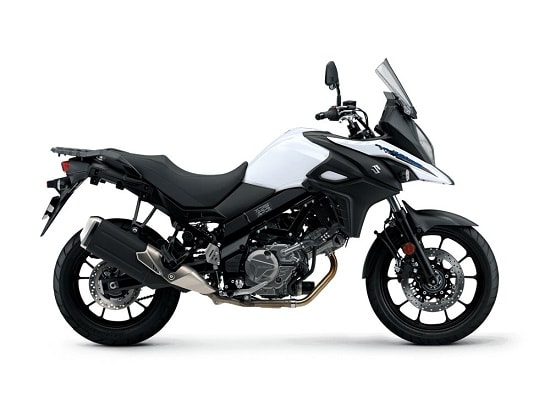 No, they didn’t spell storm wrong. It means current, like a river. More specifically, the rivers you’ll be riding through.

Where the smaller engine of the CB500X might leave you wanting a little more grunt, the 645cc plant in the V-Strom has all the pull you need to face any situation on UK roads with ease.

Clocking in at £7999, this bike will make a very attractive option for those with a tighter budget. 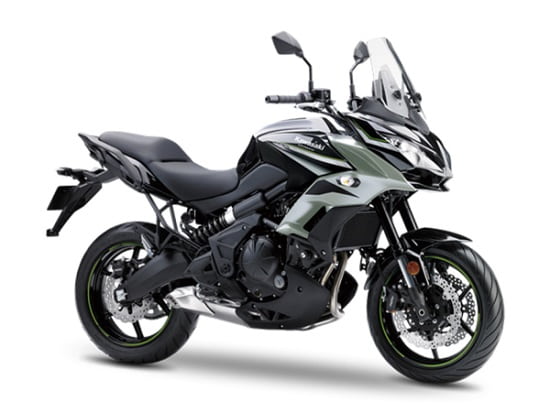 Is it an adventure bike? A sports tourer? A dual sport? We don’t know, but it’s good.

The Versys struggles to fit in. It has traits of many different types of bike but doesn’t commit fully to being any one of them.

This brings some drawbacks, but it gives the Versys its identity, and allows it to tackle any task a rider throws at it- in moderation.

Time for an Adventure

So there’s that. 10 of the best Adventure bikes you can get your hands on, if you have the cash.

Whatever you’re looking for, this list has something for you. From the lightweight CB500X to the hi-tech GS and Multistrada, any rider will be able to find their niche in these bikes and enjoy the extra opportunities they provide.