Garmin’s flagship motorcycle SatNav, the Zumo XT was recently released to compete with other big names like TomTom. It replaces the older 595lm and will not disappoint users with an impressive raft of features. 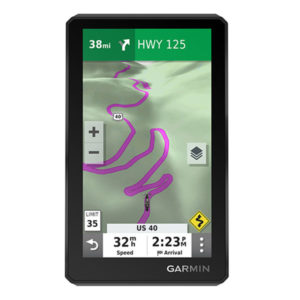 The Zumo XT is the freshest motorcycle SatNav on the market right now.

It’s a heavyweight when it comes to spec and will certainly give TomTom a run for their money.

A huge screen, quad cores and free lifetime map updates make this an all in one package with everything you’ll need to plan- and ride- some awesome tours. Check SportsBikeShop 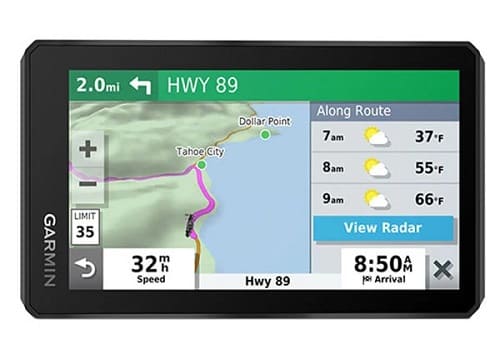 The Zumo has a quad core processor, this means lightning fast menus and smooth scrolling. Unlike some of the older models there are no reports of glitches or lagging which should cut down on the swearing levels!

It also comes with a massive 5.5” screen, which is bright and responsive and will work even if the user is wearing gloves.

Its user interface is intelligently designed and easy to use, with many features not requiring any user input at all.

What’s in the Box?

The XT comes in at a similar price to its predecessor- around £390.

Did we mention the Zumo XT is fast? Loading up maps is silky smooth with route finding and rerouting taking minimal time.

This coupled with huge 5.5” display, makes for a very satisfying on road experience, Garmin have really pushed usability to the next level on this device.

Installing the Zumo XT is a relatively simple affair, and boils down to attaching two contacts to the poles of your battery.

Once these are on, Garmin’s customer service team have got you covered with the video below explaining the process of mounting the Zumo XT on your handlebars.

The exercise is fairly straightforward and can be completed with a very simple set of tools, so even the least mechanically minded among us should be able to take on the job. 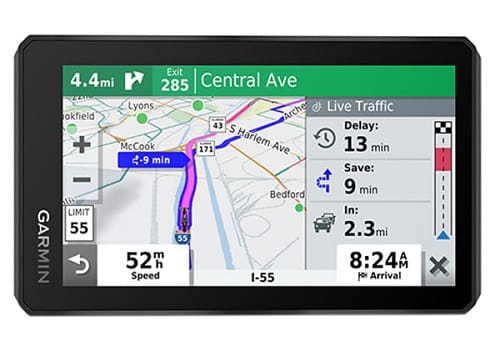 While routes and updates can be added manually to the Zumo XT, its real strength here comes from the lifetime inclusion of direct to device updates- subscription free (requires smartphone).

This includes map updates and access to satellite imagery, your route will be kept up to date on the move- so you’ll never come across surprise road works again.

The 5.5” screen on the Zumo XT is big, bold and beautifully clear.

The capacitive screen includes options for gloved hands and riders can alter the sensitivity of the display based on the thickness of their gloves. Even with padded leather, the menus are easy to navigate. 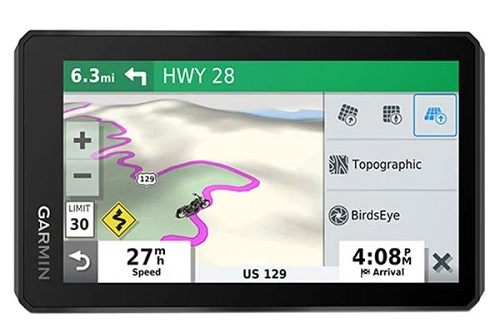 Garmin’s answer to automatic route planning is their ‘adventurous routing’, a free feature which is included with the Zumo XT.

This feature will seek out winding roads and hills and incorporate them into your rides.

You also get access to BirdsEye satellite imagery free with the XT so you can visually inspect your routes before you go to make sure everything is above board.

Together, these features make for a satisfying route planning experience, with a lot of options and degrees of control available, so that any rider can come up with a route that suits them personally.

Adventure riders in particular will find this feature useful, as the XT can switch between normal turn-by-turn maps, satellite maps, and topographic maps at the touch of button- green laning has never been so easy.

The Zumo XT meets the industry standard for waterproofing, and is rated IPX7. This means it will withstand pretty much anything you can throw at it on an everyday basis, and you’ll have to really test it to get it to fail.

Like most motorcycling SatNavs, the Zumo XT can be wired directly to your bike’s battery. This is a relatively simple job, but if you don’t fancy the hassle it should be cheap enough to get a local mechanic to fit it.

If you don’t want to wire the XT into your loom, you can use its onboard Li-ion battery, which can be recharged by USB. Garmin claims a 6 hour battery life and, in practice, the XT lives up to this number.

This should be enough for all but the longest day trips. 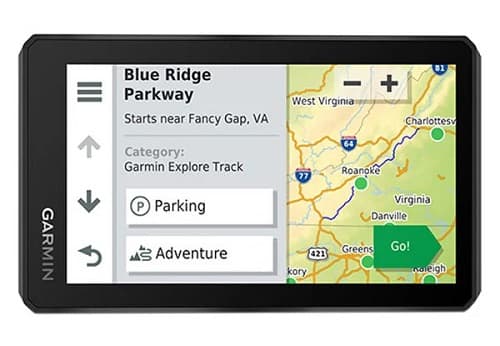 Aside from telling you where to go, the Zumo XT has a raft of tricks up its sleeve that you can take full advantage of on your rides.

You can stream music through the device with your phone, or- hilariously- save mp3 files directly to the GPS so you can relive the days of text ringtones and bluetooth file sharing.

There is also a route recording function which- you guessed it- lets you record your rides for review when you get back to base- handy if you find some new roads and want to remember how to get back to them in the future.

On top of all this, you also get access to iOverlande points of interest, with TripAdvisor information for millions of spots around the globe. They are not sparse, either, and even short rides see dozens of interesting locations appear on the route.

The Zumo XT is an evolution of Garmin’s earlier GPS, the 595lm.

Most of the differences between the two lie in hardware.

Both units perform very well, however, and represent two of the best options available on the market. The choice comes down to personal preference and budget, but the Zumo XT tips the scales for me for its large display and simple user interface.

Competition between Garmin and TomTom is fierce. The two manufacturers dominate the GPS market, and their devices have never been far apart in terms of performance and features.

With the Zumo XT, it is clear that Garmin are trying to raise the bar and set a new standard for the class. On the whole, the XT is a success in this regard.

It’s so well featured it could be a model, and the amount of technology Garmin have managed to cram into such a compact unit is nothing short of awesome.

The Zumo XT is the freshest motorcycle SatNav on the market right now.

It’s a heavyweight when it comes to spec and will certainly give TomTom a run for their money.

A huge screen, quad cores and free lifetime map updates make this an all in one package with everything you’ll need to plan- and ride- some awesome tours. Check SportsBikeShop

If you want to look at some other options see our guide to the best motorcycle Sat Nav.