The wind is starting to blow electric – but while there’s still plenty of life left in petrol-powered bikes, electric motorcycles are becoming more and more easily available.

Not only are they better for the environment, but they’re generally cheaper to run, although they’re more expensive to buy initially as there’s essentially no second-hand market yet.

So can an electric bike keep up with its forefathers in terms of speed, performance and styling?

Electric motorbikes, like their fossil-fuel-powered cousins, come at a variety of price points depending on what you want in terms of performance.

Electric bikes don’t have an engine, and instead are powered by big batteries – usually lithium-ion, essentially a supersized version of a laptop battery, that usually powers electric motors for locomotion.

Zero’s SR/F, for example, can reach speeds of up to 124mph, and an 80-minute charge will give you the equivalent ‘MPG’ of a full tank of petrol.

This will be the main sticking point for most people considering a new bike. Is it worth the initial outlay, for the reduced running costs?

Any new bike is expensive, but there’s no getting around it – a new electric motorcycle is going to give you a heavy whack in the wallet.

The good news is, the government’s plug-in motorcycle grant could give you a cool £1500 off the list price of an electric bike.

But you’re still looking at a hefty bill – for example, Harley-Davidson’s Livewire – admittedly a top-of-the-range bike – is on the market for a shade under £29,000.

However, the government has also pledged to ban the sale of new petrol and diesel vehicles by 2040 and are considering bringing that forward to 2032 – something to consider as we go forward.

Zero say their Zero S costs under £3 for a full charge, which will last for 120 miles – plus you have the added convenience of being able to use a standard wall socket, rather than hauling out to a petrol station.

You also don’t have to pay tax – although you still have to go through the same ‘taxing’ process as a normal bike, even though the cost is nil, so the DVLA is aware the bike’s still running.

In the main, electric motorbikes also need less servicing and maintenance than their petrol-powered cousins, bringing running costs down further.

However, due to the initial bike costs and general rarity of electric bikes at this point, insurance premiums do tend to be quite high, another factor to consider.

All in all, electric bikes are going to cost more to operate than a petrol-powered equivalent right now.

But if you’re very environmentally conscious – in terms of your wider carbon footprint, as well as noise pollution – you may well think an electric bike is worth the extra outlay.

How do Electric Motorcycles charge? 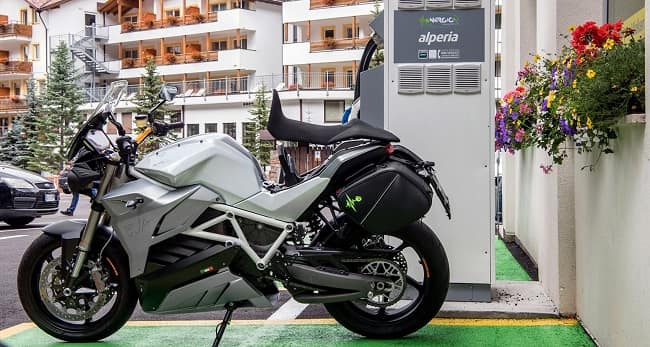 ‘Range anxiety’ is the feeling you’re going to run out of juice before you can get to a charger, and electric motorbikes suffer more than cars.

Simple – the batteries are so much smaller.

Most electric bikes – certainly anything larger than a little city-scooter type machine – will give you a range of between 100-150 miles on a full charge.

Generally, the idea is for users to charge their bikes at home overnight and get the next day’s use out of them.

Most electric bikes have a charge point that lets them connect to commercial charging points when out-and-about, and you’ll need a converter so you can use a regular home wall-socket – not all electric motorcycles come with them, so make sure to check with your dealer.

Some bikes have a ‘rapid charge’ upgrade you can add-on, which mean they can get almost to a full charge in around an hour. But in general, you’re looking at around 3-4 hours to fully max the battery.

And where can you charge them?

If you have the right adapter, you’ll also be able to use the standard chargers you’ll already see popping up in supermarket or service station car parks.

According to Autocar, there are currently nearly 10,000 electric vehicle charging points in the UK – more than there are petrol stations.

Is there a second-hand market?

Unsurprisingly for such a new technology, there isn’t much value to be found in the re-sale of electric motorcycles yet.

While there are a fair few bikes coming to market, very few have made their way through one or more owners as yet.

For brands that have been active in the market for a few years like Zero there are a few examples that can be picked up below sticker price.

But in the main, it’s going to take another few years for electric bikes to trickle down to the used marketplace.

Most of these motorbikes are available now from dealers in the UK, we have also thrown in a couple of interesting ones that will be coming out in the near future. 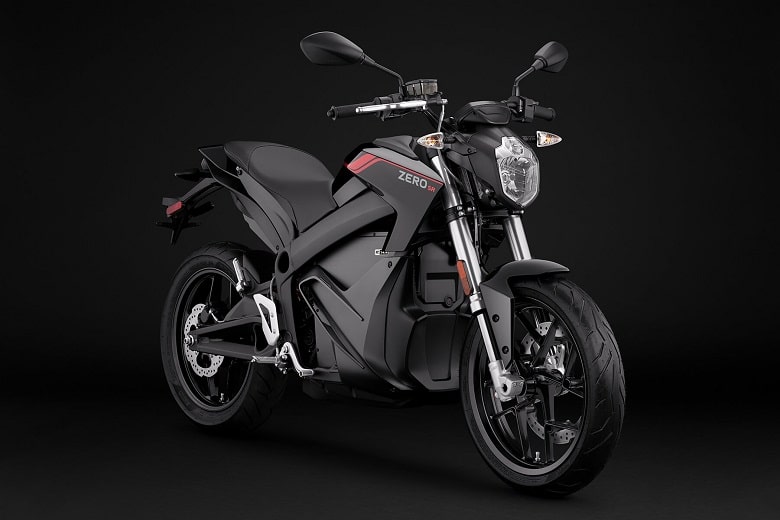 This has to come top of the list for looks alone. Zero reckon their flagship model offers 140 ft-lbs of torque and 110 horsepower and tops out at 124 mph.

Can I buy it now? Yes – the latest model was launched in February 2019.

If you’ve got the best part of £30k burning a hole in your pocket, but want Harley’s unparalleled bike-building experience, this blend of old and new tech could be perfect. 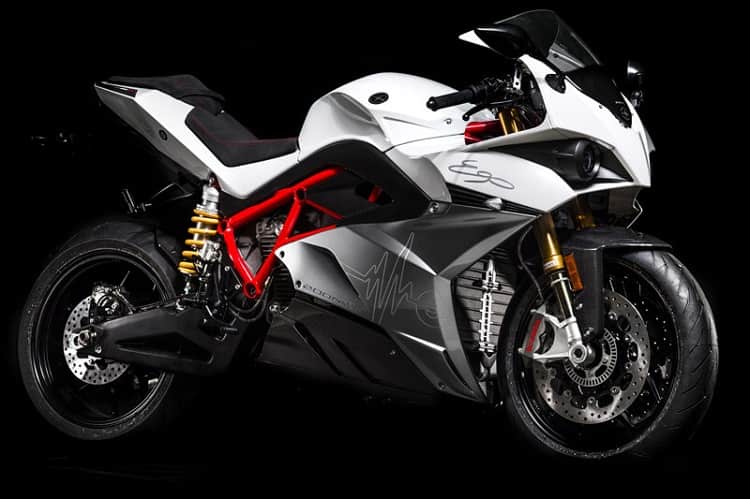 The first Italian-built, street-legal electric bike, the Ego goes from 0-60 in three seconds and can then propel to you a very respectable 150mph.

Can I buy it now? Yes – Energica are pioneers and have been selling electric motorbikes since 2016. 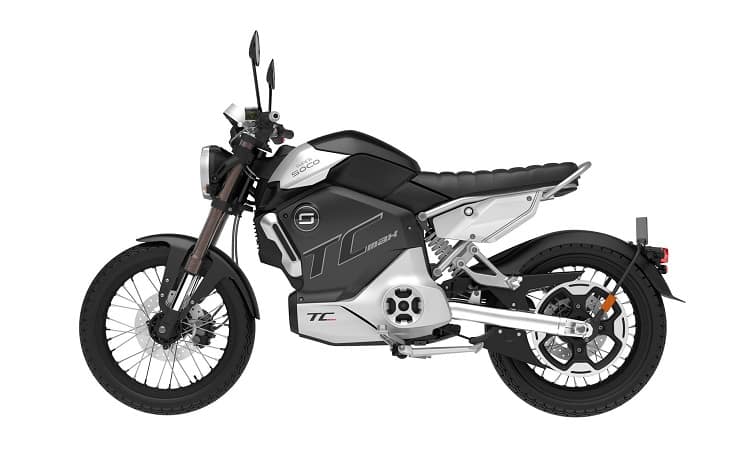 With a max speed of under 60mph and a short charge range, the TC-Max is ideal for city riding. Still looks the part mind, and is cheap to boot.

Can I buy it now? Yes – you could have one delivered in as little as a week.

Scooter giant Piaggio have seen fit to get in on the act – with their iconic Vespa now coming in an electric variant that charges in just four hours. 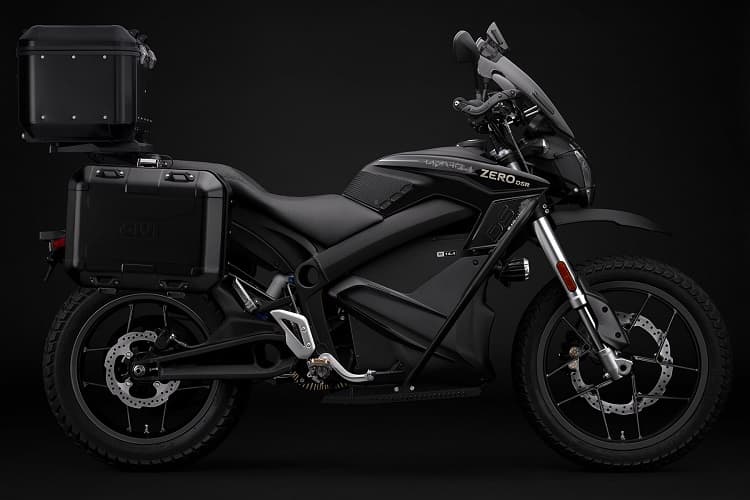 Zero’s second appearance on our list – and the first electric adventure bike. The DS range pulls out more torque than any petrol-powered litre bike, with no fumes or juddering.

Can I buy it now? Yes – and there are even some second hand models on the market.

Another electric motorcycle with superbike styling, also capable of 150mph, with a hefty 152 mile range.

Can I buy it now? No – it’s currently in pre-production, and likely to be US-only for the foreseeable future.

Get a guarantee you’ll stand out from the crowd with this quirky, futuristic scooter that’s just 700mm wide – and only reaches 25mph!

What does it cost? A scarcely-believable £1,559

Can I buy it now? Yes – in fact, at that price you might as well buy four. 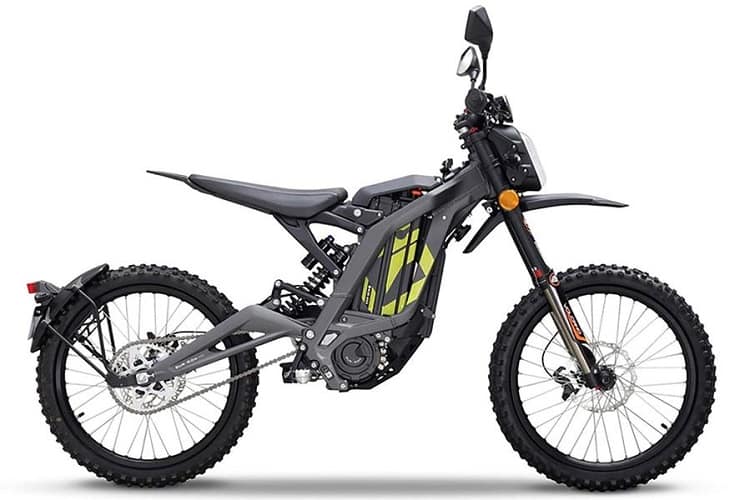 Sur-Ron have spotted a niche as-yet untapped – electric dirt bikes – and are filling it with affordable, yet stylish bikes, though they aren’t overly powerful.

Can I buy it now? Yes – there are distributors all over Europe. 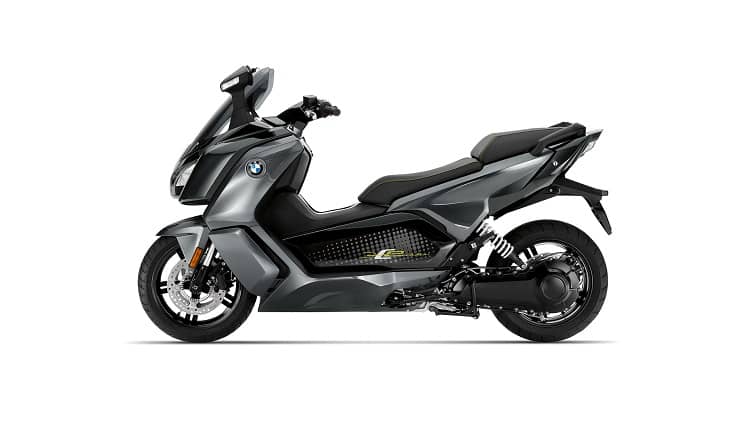 The German giants will of course be big players in the electric bike game, and are dipping their toes in the water with this torque-heavy, highly customisable scooter.

So is it really time to invest in an electric bike?

As of right now, we’d say not quite yet.

Unless you’re super-curious, or have money to burn, we think most bikers will be best served waiting a few years before making the switch.

This will give the charging infrastructure time to improve, increase the second-hand market and allow other major players like Yamaha, Honda and Suzuki to make whatever moves they have planned.