Electric mopeds make a lot of sense for urban and suburban runarounds. Many of those restricted to 28mph fall under the same category as a 50cc petrol scooter – i.e., they can be ridden by anyone over sixteen who’s passed a CBT course or has a category AM license.

With their low running costs and battery life improvements, many people are curious about the UK electric moped market.

We’ve made a list of some of the top choices in the UK for your perusal. 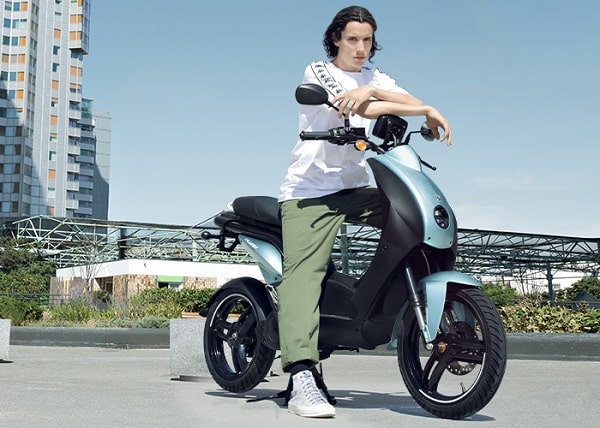 The standard combustion version of the Ludix has been around for 15 years now and is a popular budget choice.

Using a Bosch motor and battery, the new E-Ludix model has been built in the same spirit with the same emphasis on entry-level and budget-conscious buyers.

Its 2.5kW motor will get you a top speed of 31mph with a range of 31 miles. If the range sounds a little low, consider it the price some people are willing to pay to buy a product from a big name company that will guarantee customer support for years to come.

A full charge comes in at four hours and the battery is rated for 2000 cycles.

The E Ludix uses a kinetic energy recovery system to generate some charge from braking to extend battery life. At 88kg, this is a very light vehicle and, like most e-scooters, delivers a wild feeling of torque when opened up.

Check it on Peugeot 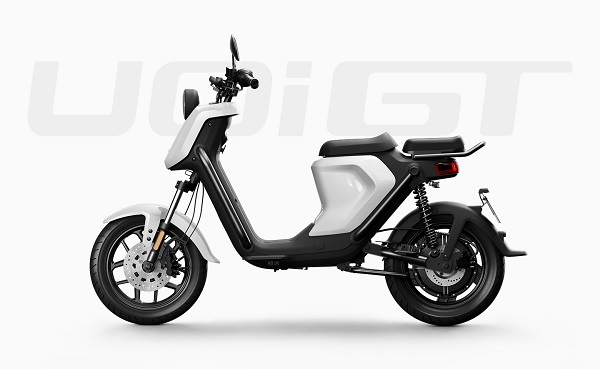 NIU has been making inroads in the European market since the beginning of the shift to electric commuters.

3 types are available with a range of subcategories – the N series, the M series and the U series. The U series is the most budget-friendly and the N series the highest-spec.

This project made some noise when it was successfully funded on Kickstarter and mentioned in Forbes magazine after its formation as “likely to become the new Vespa.”

Certainly, they are a frontrunner when it comes to making practical, low-cost, low maintenance commuting solutions that also look good – in this way, the comparison to Vespa is valid.

With effectively no running costs outside of the initial competitive price, a two-year parts warranty, and a three-year battery warranty, these are an attractive option with an already excellent reputation in China and mainland Europe.

Check it out on NIU 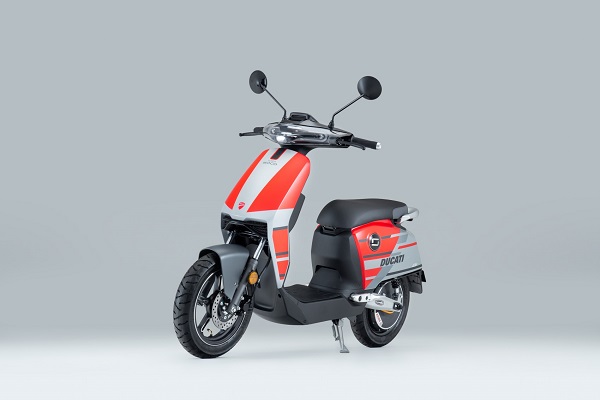 A longer charging time (7-8 hours) and a range of 40 miles are where our complaints with the Super Soco end. And even then, the trade-off for that longer charge time and medium-range is its powerful Bosch 1300W engine.

The Super Soco CUX looks great too, taking some inspiration from lightweight Italian scooters of the past and several of its similarly inclined competitors.

Its LEDs are noticeably brighter than some of the cheaper e-scooters on the market. Keyless start and locking and a motion-activated alarm make this an attractive option for urban commuters.

The CUX is a surprisingly nimble and zippy ride. Like all electrics, when you turn the throttle, you can feel all the torque – no messing around with gears and clutches.

With its battery is guaranteed for 3 years or 50, 000kms, Super Soco are confident in their product, as is Ducati, who recently announced a collaboration with the company.

Check it out on SuperSoco 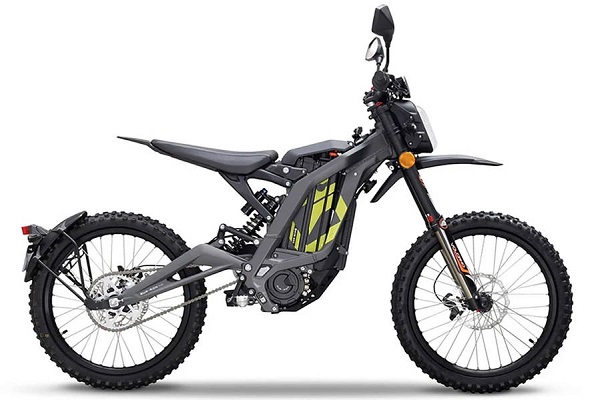 This is slightly different from the other options on our list in that it’s built with bicycle components (suspension, brakes, wheels) but without any pedals and all the power coming from the twist grip. The result is, unsurprisingly, a very lightweight machine at 50kg.

It doesn’t feel like a flimsy, glorified pushbike, however, and uses quality Panasonic batteries. At unrestricted full clip, one of these can do 47mph for a range of 24 miles.

Obviously, the 28mph restricted mode will get you much longer and very respectable ranges.

The L1E has mirrors, indicators, proper headlights and a number plate to make it road legal, but an off-road (strictly on private land model) is available. We like the overall look and larger wheels and can see these appealing to a younger market.

Check it out on Surron 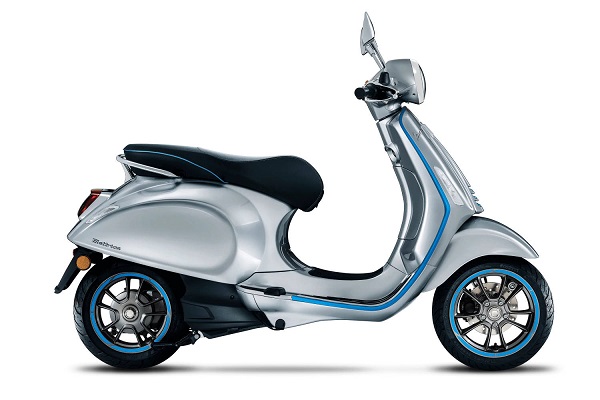 It was only a matter of time before Vespa entered the e-scooter market, and the Elettrica, with its 4kW motor and guaranteed range of 62 miles, appears to be a notable start.

This step into the 21st century was announced in 2016 and Vespa currently offers (roughly) 30mph and 45mph models in the UK.

As expected from Vespa, the aesthetics are perfect – they invented this look after all.

And while it looks a cut above many of its competitors, the Elltrica still looks like an e-scooter – with smaller wheels, more plastic, and an overall smaller frame than a typical combustion scooter. It’s nimble too — more than capable of silently nipping between shoulder-width gaps in traffic for those inclined.

Charge time comes in at about 4 hours and Vespa offers a two-year unlimited mileage warranty, which we hope someone takes as a challenge to ride around the world on one of these things.

The only criticisms we’ve heard leveled against this machine are its price (which is higher than a lesser-renowned brand by several degrees) and its surprisingly low torque for an electric vehicle. 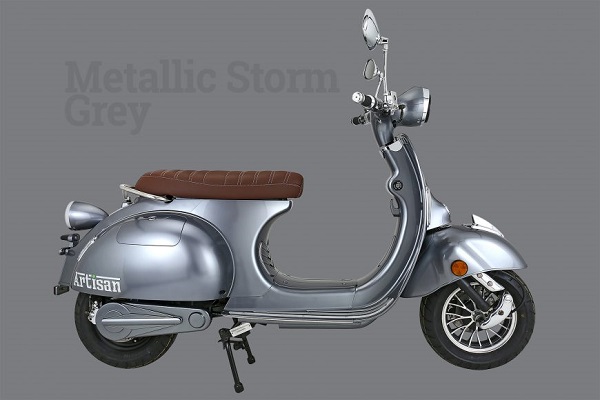 The EV2000R goes hard on the retro aesthetic and executes it pretty well. It borrows more from Vespa’s 1960s models than Vespa’s own electric offering with slim front bodywork and an exaggerated front mudguard.

The option to buy either a single or dual battery is a nice touch. If you need something for a strictly local daily run, save some money and buy the single battery, which will get you about 25 miles.

If you’re commuting, the dual battery, 50-mile configuration will suit you better.

Artisan offers a 12-month warranty and estimates the battery will retain 70% of its capacity after 800 charging cycles. A full charge takes between 5 and six hours.

Check it out on Artisan

They’re not for everybody but increasing legislation on combustion engines in urban areas may eventually make electric mopeds the only option for power-riding in cities.

And there’s no denying their minimal pollution in terms of both noise and emissions.

If you are looking for something more powerful, see our guide to electric motorbikes and electric dirt bikes.

If you prefer fossil fuel check out these guides: